So happy to see this back on Netflix, even though we have to wait for the weekly show. This drama is so well written. Like a good book, I feel like I am in the hands of an expert story teller. The characters in this show are so lovable and their rapport so believable. All I can say is that this show is so satisfying! I hope it continues to show the best of humanity – decency and kindness. Can you tell how much I enjoy it??

Well, I have a new favorite Korean drama actress, and it is due to this drama featuring a kick-ass police detective, played by Kim Seo-hyung. Her character, Cha Young Jin, had been traumatized by the murder of her best friend by a serial killer.

There are many wonderful relationships in this drams. Cha Young Jin becomes a detective, determined to find the killer, and she is mentored by a wonderful guy, played by Moon Sung-keun, spreading kindness and compassion wherever he goes.

The other most important relationship that Cha Young Jin has in her life is with her young neighbour, Go Eun-ho (played by Ahn Ji-ho), who she meets when he is very young, and intervenes in his life as she steps in and interrupts his father’s abuse of his mother.

The relationship between the two, the young neighbour, and the driven detective provides the emotional basis of this drama. The fact that his mother has been negligent, and that the detective is his role model only serves as another dramatic conflict in this excellent drama. Recommended!

Seo Kang Joon and Park Min Ho are perfectly cast as an introverted young man and a woman marked by family trauma. They are so beautiful, and both at the top of their games in terms of acting. Secondary characters, family members and classmates, are also pefect for their roles. This is a quiet dramatic romance, slow moving so that you can notice the gorgeous cinematography and music. Set in a small town, in the winter, so far it is a meditation on changing – on forgiveness and on family. Perfect for this time of year.

After Reply 1988, I had to see more of this adorable actor. I loved his character in Reply 1988 – genius Go player, but helpless at everything else. Maybe it’s the mom in me, but I couldn’t resist the helpless puppy appeal of his character.

So, I checked out the show Encounter, and loved the romance of the story and the Cuba angle where the main characters met. It was realistic and the two mains were both so nice, and kind to one another. Even the villains repented, somewhat, in the end. I look forward to seeing the smile of this actor – too cute!

Just checking out the latest in the Reply series, and on Episode 6 now. I have to say that the storylines and humor in this one are terrific. Loving the family dynamics and the tiny bit of drama. So far, so good!

Well, Hospital Playlist (2020) was so wonderful. Like many others, I was crushed to reach the last episode. What a satisfying drama full of great friendships, interesting medical cases and wonderful personalities.

I tried, but could not finish She was pretty (2015) – could not ship that romance. I felt like she just didn’t deserve him!

What a wonderful rom com this is! The stars are fabulous to look at and the romance is swoony. Shin Min-a, as the heroine, is so much fun. She is sassy and compassionate, and it is her determination that makes the whole story work. Her character, Kang Joo-eun, was a beauty in her teens, the Venus of Daegu. Fifteen years later, Joo-eun is a lawyer, but has put on a lot of weight and she gets dumped by her boyfriend of fifteen years, Jung Gyu-woon as Im Woo-shik. When she meets  So Ji-sub as Kim Young-ho/John Kim, she has fainted on a flight and he revives her, following up on her progress, and eventually becoming her personal trainer, with his adorable posse: Sung Hoon as Jang Joon-sung and Henry Lau as Kim Ji-woong. The scenes of Joo-eun getting in shape are hysterical, and even with the fat suit, she is totally cute.

As always with the Korean rom-com, there are some tough bad guys, and obstacles to overcome, but this rom com is just so likeable. You will enjoy it! 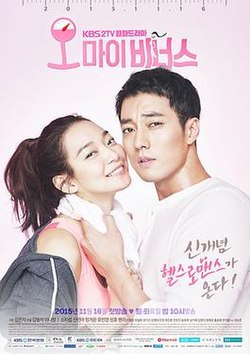 Winner of the Baeksang best drama and best script awards, this drama starts out very dark, introducing us to a young woman. Lee Ji-an, who works at a large firm during the day, and at a restaurant cleaning dishes at night, and still owes a ton of money to a bully of a loan shark, Jang Ki-yong, who regularly breaks into her hovel, and beats her up. Also, at the firm, is Department Head, Park Dong-hoon, a man who seems beaten by life, despite his close family ties with his two brothers, and mother, and his busy work life. Park Dong-hoon is married, and Lee-Ji-an soon discovers that the CEO of their firm, Do Joo-young is having an affair with Dong-hoon’s wife. It turns out that Do Joo-young is Dong-hoon’s junior, and the two men dislike one another intensely. To make matters worse, there are two opposing sides at work and Do Joo-young wants Park Dong-hoon out, so he hires Lee Ji-an to get rid of him, and she puts a listening device on Park Dong-hoon’s cellphone so she can listen to everything that happens to him. As she learns everything about Park Dong-hoon, he also reaches out to her, showing her kindness and compassion even as he learns everything about her. Full of wonderful quotes, great surprises and moments of connection, this is one of the best dramas that I have seen. All the actors in this drama are wholly believable. Not to be missed!

When the Camellia blooms (2019): starring Gong Hyo-Jin (Dong Baek) and Kang Haneul as the male lead. This romance drama boasted suspense, and a great ensemble cast. I loved the way the trope of first love was not followed, and the mixture of comedy and suspense was great as well. 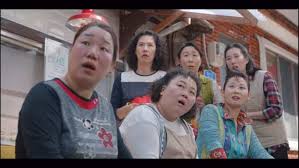 What I liked best were the neighbourhood ladies, and how they changed toward Dong Baek.

A heart filled with anger has no room for love. – Joan Lunden

via September 19th — Quotes of the Day